Yellow6 is the solo guitar project of Jon Attwood.

Whilst not specific to any one genre, Yellow6 might be described as being ambient, shoegaze, post-rock.
We feel that Jon, through Yellow6, uses his guitar much like an artist does a paintbrush (take a look at the vivid sherbet candy skies in any Jack Frame tree painting, then imagine the equivalent in sound – that is Yellow6). He can paint the most heart-achingly beautiful dreamland soundscapes, and does so with such relentless proliferation, that even the most completeist of record collectors would be hard-pressed to keep up with Yellow6 output.

We were lucky enough to catch Yellow6 in a debut performance at the Gloucester Guildhall, in 2001, as part of the Ochre Records festival (the live performance was later released on a split CD with the band Avrocar - Ochre Records OCH032LCD). However, the first single release by Yellow6 was made some years earlier in 1998 on Enraptured Records (Perception received/Milestone RAPT4521).

On his website, Jon speculates about whether he will make it to his 100th release, but promises that as long as people are listening, and he can create, then he will continue to do so. We are still listening Jon - Keep the beautiful ambient, melancholic soundscapes coming! 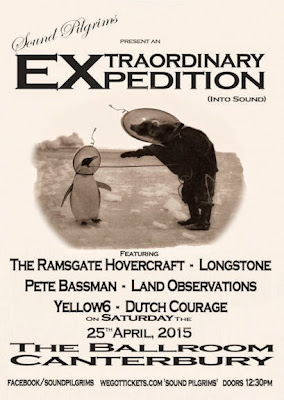